Of Anime and Video Games has a facebook page!  Why Facebook?  Well some people love using Facebook and this is a great way for me to connect with other anime, manga, and video game fans.

On the Facebook page is a list of the anime and video games I have thought about or reviewed as well as special news and updates.  These updates are related to anime, manga, video games, and stuff related to the website.

The face book page can be accessed here or through the Facebook badge on the side of this blog.   You can also click this link if you want:
https://www.facebook.com/pages/Of-Anime-and-Video-Games/152618701572720
Posted by Unknown at 4:15 PM No comments: 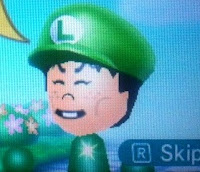 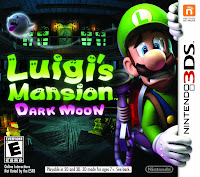 Last night I finally used the Mii Plaza on my Nintendo 3D Ds for the first time after meeting several people with a Nintendo 3D Ds.  What a surprise to see a Mii by the name of Miyamoto introduce himself and step into my plaza.

Wearing a Luligi hat and holding the Luligi Mansion's Dark Moon game in his hands I knew this was fun advertisement for Luligi Mansion Dark Moon.  The squeal to the Game Cube game was released yesterday on March 24.  I am not sure if Miyamoto will be visiting any more Mii's after the release day of Luligi's Mansion's sequel.  It is always a good idea to check the Mii Plaza just in case.

I'm not sure if I will be picking up Luligi's Mansion Dark Moon any time soon.  By the reviews on Amazon (you can view here) I see the game is not bad but I would buy the game later down the road (after I am done with Kid Icuras Uprising and Fire Emblem Awakening). 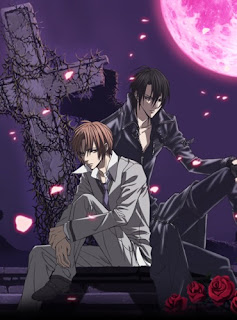 Uragi wa Boku no Namae o Shitteiru, also known as Uraboku and Betrayal Knows My Name, is the story of Yuki Sakurai.  Yuki Sakurai is an orphan trying to find a reason for his existence and abilities to sense other people’s emotions (and cause things to  explode).  These abilities draw negative attention towards Yuki and make life for him and others difficult.
Yuki is saved by a mysterious tall man named Luka from danger.  Yuki feels like he has met the man before and has odd dreams which Luka is in. One day a stranger claiming to be his brother shows up at the orphanage wanting to adopt him and explain his powers.  In exchange  Yuki must use his powers against the Giou Clan against the Duras. 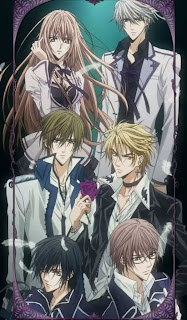 I enjoyed watching all 24 episodes of this anime.  I loved the art and the animation of this anime.  It is always nice looking at shonen ai anime that does not take place in high school.  The romance and story are evenly paste out so I did not get tired of either of the story or romance pretty quickly.
Sadly the anime is only 24 episodes and is in need of a second season.  A friend of mine informed me that there is a manga which explains a lot more and goes further than the anime episodes.   Thankfully I have picked up the thick manga from Barnes n’ Nobel and will be reviewing it later.
I am very neutral on the protagonist Yuki Sakurai.  Yuki is a kind, emotional, and caring protagonist.  His job is to heal the Zweilts during their many battles.  Many of the zweilts have personalities matching their powers (the zweilt who uses fire is hot headed for example).  I was fine with Yuki not being strong enough to physically fight the duras and being independent on others.  I can see how that kind of personality coming from a male protagonist might get on some people’s nerves.
If you are into shounen ai, romance, or people fighting with supernatural powers then this might be your anime.
My Website 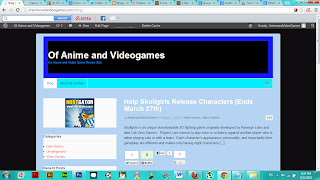 I just wanted to give everyone a brief introduction into who I am before I start posting reviews a few times a week.  I’m a geek who has been in love with video games and anime since I was six years old.  Well…I guess I would like to say I have been forever in love with those two things for a long time.  Becoming an adult and getting involved with boring things such as work, bills, family, etc has made me a bit disconnected to anime and video games for a few years.
This website was created for the purpose of me doing something with the old anime and video games I have lying around my room. I want to review or throw out some opinions  for the fun of it. Or maybe I just want an excuse to sit around and play video games or watch anime?
In addition to this blog, I also have a website called Of Anime and Video Games which will have a lot more content there then on here.  Be sure to click here to check it out.
Posted by Unknown at 6:48 PM No comments: