What Was Cool About This Year's E3?

This article was taken from here: http://ofanimeandvideogames.com/what-was-cool-about-this-years-e3/

Last Monday was E3 and yesterday was Nintendo Direct.  For those living under rocks, E3 is an event where game developers (or a selected spokesperson) talk about and show off their latest games.  This year was a huge one because of the Xbox One and the PlayStation 4.
Sadly....I could not find a single game that interested me during the Microsoft conference.  I highly doubt that Metal Gear Solid 5 will be an Xbox One exclusive.  A majority of video games that are developed for the 360, I found on the computer.  The interests to have an Xbox One in my household is highly unlikely, especially with the way Microsoft is treating gamers and how the Xbox One works.
Banjo-Kazooie: Grunty Land sounds interesting but this game was not shown and E3 and might be a rumor.  The game might also be another spin off of Banjo Kazooie and nothing like Banjo Kazooie one or Banjo Tooie.  If this is the case, the game would be worth a few afternoons of watching let's plays of the game.
The real excitement was Sony and Nintendo's press conferences.  Final Fantasy XIII Versus, a game that was in development alongside the original Final Fantasy XIII, was finally shown with a brand new trailer.  Final Fantasy XIII Versus still takes place in XIII's world but the game has been renamed Final Fantasy XV.  Kingdom Heats 3 and not another hand held spin off was shown as well.  Sony showed a ton of love for indie game developers by showing off a ton of indie games and saying that indie game developers can self-publish on the PlayStation 4.
I look forward to pre-ordering XV and buying Transistor, Infamous Second Son, and KH3.   I might also give Beyond Two Souls and Sleeping Dogs a try.

The only downside to PlayStation 4 is that I will have to pay for PlayStation Plus in order to play online multiplayers like my fighting games.  Thankfully, PlayStation Plus does offer free games each month and that is a bonus for a starting let's player like myself.
Nintendo Direct is the result of Nintendo stepping out of E3 Conference and presenting their games without E3 interfering.  I would be joking if I said I paid attention to the whole event.  All I needed to see was the new Super Smash Bros and Bayonetta 2.  Since Rayman Legends is going to be multi-platform, I'll have to see what the PlayStation version has to offer before buying the game.

Pre-Orders for consumers looking to buy the PlayStation 4 is available through GameStop.  People who have lost their sanity can also look to GameStop for pre ordering the Xbox One.  The Wii U is already out and seems to be growing a decent library.

Posted by Unknown at 4:57 PM No comments:

This review taken from here: http://ofanimeandvideogames.com/vampire-knight-anime-and-manga-review/

About last week, the Vampire Knight manga ended.  I could remember a time when I was hesitant to watch the short anime due to  seeing the words "vampire" and "school" in the summary.  My hesitation disappeared after watching a few episodes.  Eventually I was at Barnes n' Noble buying the manga and then I was reading the rest of the series online.  There was something interesting about the characters, setting, story, and art style. 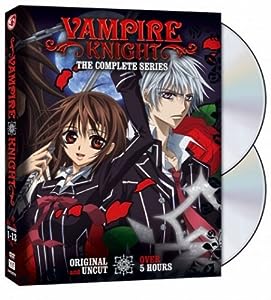 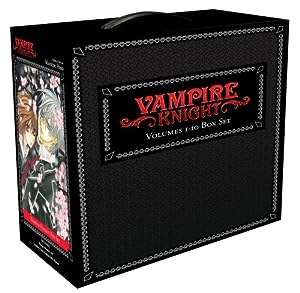 Volume 1-10 of the Vampire Knight manga

Cross Academy is a place where two types of people go to school: the humans during the day time and the vampires during the night time.  Since none of the day class students know that the night class is full of vampires, Yuki (our protagonist) and Zero must protect the day class from vampires.  Yuki has no memories of her past ten years before being saved from a vampire and being adopted by the head of Cross Academy.  She believes that vampires and humans can live together someday and looks up to Kaname, the vampire who saved her when she was a child.  Zero has an extreme hate for vampires before being adopted by the head of Cross Academy and wants all vampires dead.  These two beliefs leads to some conflict between each other and the vampires.

Vampire Knight is one of those series that took me giving the series a chance before I became addicted to it.  The artwork is pretty and gothic and I hope I can find another shoujo manga  with similar artwork or a dark story.  If you liked the anime, I would invest some time in the manga as the story continues, there are extra chapters and side stories to enjoy, and more information on the world of Vampire Knight is explored.

Posted by Unknown at 6:24 PM No comments: